Jose Arrieta resigns unexpectedly only a year after taking over as Chief Information Officer at HHS. Arrieta and his team were under a lot of pressure after the order for Hospitals to bypass CDC while reporting Covid-19 data was passed by HHS in July.

Arrieta and his team had been making all efforts to implement a new system while there were complaints from a few groups that Covid-19 data could be inconsistent because of the transition. 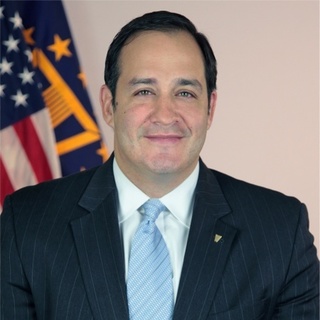 Arrieta claimed that transition was only an effort to improve the data reporting and the data would still remain public. “HHS Protect is at a point where it’s fully functional and only some small technical things need to be addressed. We have been transparent with data and pushed boundaries”, Jose Arrieta said.

He didn’t expect any such political concerns towards a technical upgrade and was exhausted by all of it.

The media has been focusing on transition majorly because of the Democrats’ argument that the transition is an effort of Trump’s administration to hide the information from the public about the Coronavirus cases and hospitals.

He has told his seniors that he will be around for a month to help with the transition. He said he isn’t sure when his last official day would be as he wanted to be as flexible as possible in order to ensure a smooth transition.

After his resignation, he plans to spend time with kids, who like most kids are going to school online.

This is a good opportunity to work with them because learning via Zoom isn’t easy for 5 and 8-year-olds, he added.

He also mentioned that he is sad to leave people in HHS and the OCIO office is the best group he has ever worked with. “This is the most I’ve felt at home during my entire career,” Arrieta stated.

As of now, there are no reports on who will take over as CIO after Jose Arrieta. In his short tenure, his major focus has been on the IT modernization initiatives around the network and data.

His colleagues have always praised his efforts. Brett Bruen, his former coworker said “José is one of the most dynamic and innovative leaders in government”.

His loss will be deeply felt across not only HHS but the whole interagency, Brett further added. As per Brett Bruen, Arrieta was pioneering groundbreaking use of new technology in this and prior positions that pushed the public sector to work more effectively and efficiently.

“Arrieta is the third CIO to leave in the last 2 years and the second senior technology office to leave HHS in the last month.”